"Prior to reviewing these Benchmark components, I had heard the company’s products powering some of my favorite-sounding rooms at several audio shows. Based on what I’d heard at these shows, I was eager to hear how this equipment could perform in my own listening room."

"Listening to the Benchmark gear in my own room, I felt an immediate and gratifying emotional connection to the music I was hearing."

"The LA4 and AHB2 tear down so many of the usual walls that come between the listener and the music."

"If you value transparency and accuracy, the LA4 and AHB2 will perform beyond your highest expectations."

"As soon as everything powered up, there was a big smile on my face."

"With the LA4 in control of the system, everything sounded right, and subtle differences among recordings, amplifiers, and speakers were clear."

"Compared to the other preamps on hand, the LA4 was consistently quieter, more open, and more revealing of detail."

"The LA4 is probably the most transparent and revealing audio component I've ever used."

"It does not seem to leave any fingerprints on the sound. It has a useful array of inputs, outputs, and functions, and the use of sealed relays for volume and input selection assures a long and noise-free life."

"I measured the Benchmark LA4's performance with my Audio Precision SYS2722 system."

"The preamplifier's frequency response in both balanced and unbalanced modes was flat from 10Hz to 200kHz."

"Tested for intermodulation distortion in balanced mode with an equal mix of 19 and 20kHz tones at peak level of 5V, the second-order difference product at 1kHz was effectively absent, and the higher-order products all lay at or below –114dB (0.0002%)." 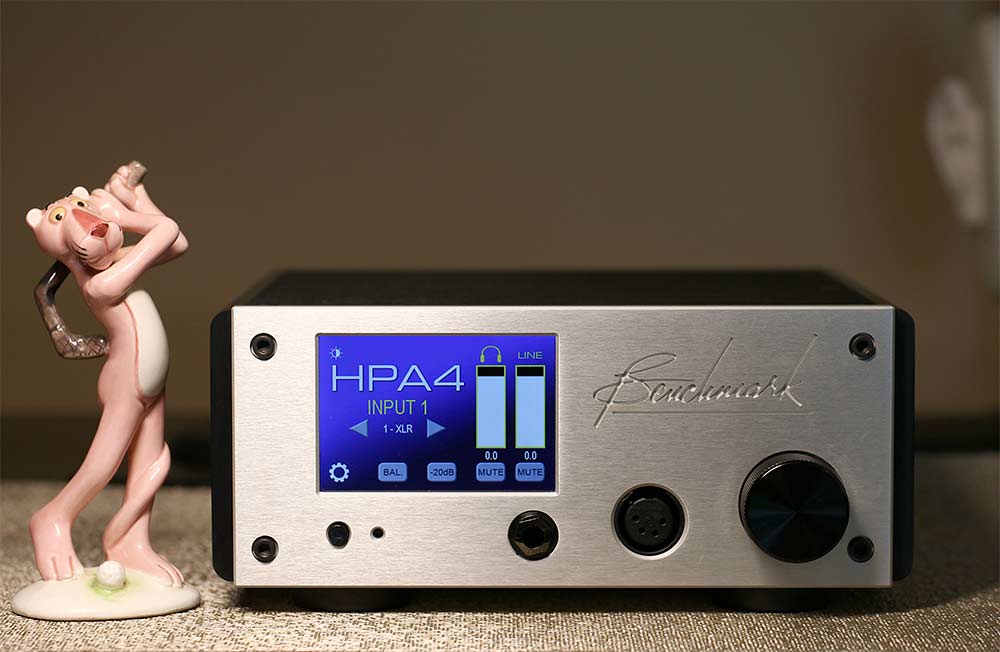 "My initial impression was simple: The LA4 preamp plays everything that is, and nothing that isn't...Neutrality in Audio... and that's really all this review needs to convey."

"The LA4 preamp may occupy neutral audio country, but it is a sweet piece of audio kit. I love its form-factor. I love its simple operation. And I love that it allows the sound of the signal to flow through to the downstream components."

"The LA4's specifications are unquestionably excellent. When using pro-level balanced interconnects, the LA4 manages a Signal to Noise Ratio (SNR) greater than 135 dB, and Total Harmonic Distortion (THD) of -125 dB."

"The LA4 has a noise floor that is not just low, it's bats-strain-to-hear-it low."

"The Benchmark LA4 is an excellent preamp, an operationally solid spec-monster that also happens to sound great."

"Benchmark Media Systems used RMAF 2018 to launch two new products that it was able to lump together into one neat little stack."

"On the top is the DAC3 B, which has the same basic circuitry as the company’s more expensive DACs, but deletes the volume control, polarity and mute buttons, and headphone amp found on those models."

"On the bottom is the LA4 linestage preamplifier..."

"Volume is controlled by dual 256-step attenuators that operate in 0.5 dB increments."