This application note examines the differences between the ES9018 and the new ES9028PRO. It also compares the Benchmark DAC2 and DAC3 to demonstrate the performance improvements that can be achieved in a commercial product. It has been a little over 7 years since ESS Technology introduced the revolutionary ES9018 audio D/A converter chip. This converter delivered a major improvement in audio conversion and, for 7 years, it has held its position as the highest performing audio D/A converter chip. But a new D/A chip has now claimed this top position. Curiously the successor did not come from a competing company; it came from ESS. On October 19, 2016, ESS Technology announced the all-new ES9028PRO 32-bit audio D/A converter. In our opinion, ESS is now two steps ahead of the competition!

Inside the DAC2 - Part 3 - Power Supplies

The Benchmark DAC2 is an audio digital-to-analog converter. This application note explains the power supply configuration inside Benchmark'sDAC2 D/A converter. Inpart 1 of this series we discussed the importance of the analog section of an audio converter. In part 2 we discussed the unique high-headroom digital processing chain inside the DAC2. The analog and digital systems each contribute toward Benchmark's overall goal of transparent musical reproduction, but this goal can only be reached when these systems are supported by a well-designed power supply system. In many cases, classic solutions (linear power supplies, line-frequency transformers, and large banks of capacitors) fail to deliver adequate performance. The DAC2 takes a radically different approach.

Inside the DAC2 - Part 1 - Analog Processing

The DAC2 is an audio digital-to-analog converter. Most people focus on the word "digital" and assume that all of the "magic" happens in the digital processing, but nothing could be further from the truth! A look inside most audio converters would show that about 90% of the components are analog!

This application note takes a look at the analog processing in Benchmark's DAC2 D/A converter. 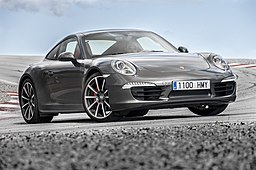 There was a 10-year time span between the introduction of the Benchmark DAC1 and DAC2 audio D/A converters. The DAC1 defined the state of the art when it was introduced in 2002. Thirteen years later, Enjoy the Music.com selected the DAC1 as one of the 20 most significant digital audio products from the past 20 years. Today the DAC2 defines the state of the art in audio D/A conversion. John Atkinson said that the "DAC2 offered one of the highest resolutions I have measured". Both products set performance benchmarks when they were introduced. In a sense, they provide snapshots of technological progress.

This paper shows high-precision side-by-side measurements of the DAC1 and DAC2 converters. These measurements show how technology has improved, and they show that there may be two or three audible differences between these two products.

Travel through 10 years of audio technology, learn the significance of audio measurements, and see what has improved in our quest for transparent audio reproduction.

Benchmark DAC2 vs. DAC1 - Is There an Audible Difference?

Benchmark introduced the DAC1 in 2002 and it quickly became the best-selling 2-channel professional D/A converter. To this day, the DAC1 is a standard fixture in many recording studios, and it is also a central component in many high-end hi-fi systems. In August of 2015, Enjoy the Music.com selected the DAC1 as one of the20 most significant digital audio products from the past 20 years.

It is easy to show that the DAC2 measures better than the DAC1 in almost every way. From a marketing perspective it would be tempting to claim that all of these measured differences make audible improvements, but this just isn't the case.

One reviewer, Gary Galo, recently had the opportunity to hear a DAC1 and DAC2 side-by-side. He noted some audible differences and we agree with his conclusions. We have had a great deal of experience listening to these converters side-by-side in our own listening room and we are familiar with some subtle differences.

This paper examines the subtle audible differences between the DAC1 and the DAC2. It also includes measurements that may help to explain these differences.

We now have 16-bit CDs and 24-bit high-resolution recordings available to us. What are the advantages of a24-bitword length? Are 24-bit recordings better? How many bits do we really need?

Bit depth (also known as word length) indicates how many bits are used to represent each sample in a digital sampling system. Each sample is a snapshot of a signal or voltage at an instant in time. The CD uses 16 bits to represent the voltage of an audio waveform at each instant in time. Other digital audio systems use different bit depths ranging from 1 to 64 bits. It is important to understand the relationship between bit depth and audio quality. The bit depth sets ...

The Mac Mini as a High-Resolution Audio Server

A "Mini" Server for High-Resolution Audio

Mastering and Recording Engineer, Mark Waldrep (A.K.A. Dr. AIX) recently published an excellent application note titled "My First Server". This is a step-by-step guide for setting up a High-Resolution Audio (HRA) server. He chose a Mac Mini, a Benchmark DAC2 HGC, and the highly-acclaimed Amarra playback software to bring studio-quality playback to his own living room.

With his simple guide, you can join Mark, and enjoy mastering-quality High-Resolution Audio in your room.